Manassas Battlefield Tour: Take a tour of the most pivotal battleground of the Civil War!

Take a journey on the Second Manassas Battlefield Tour and discover Robert E. Lee’s strategic masterpiece. This is a private tour with a trained military historian. Begin the day with pickup by luxury car at your lodging location.

The visitor’s center is an excellent stop to review the modern exhibits. Bring bagged lunches and trail snacks during the tour. Or we can recommend a local deli for sandwich pick-up. Parts of the battlefield are quite remote and lovely picnic areas are available.

A review of each of the three days of battle will be made. Much of the battlefield retains its 1862 appearance. Perfect for the first-time visitor or those who have conducted seasoned study. 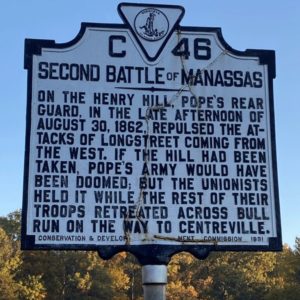 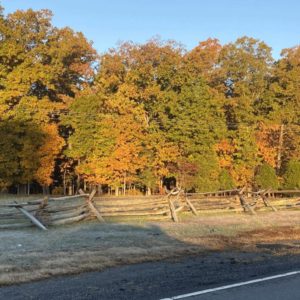 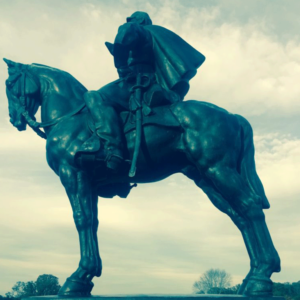 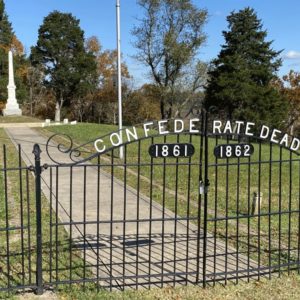 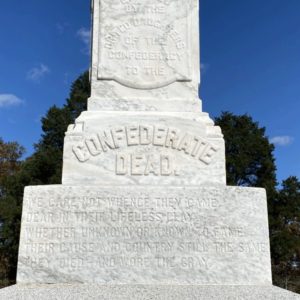 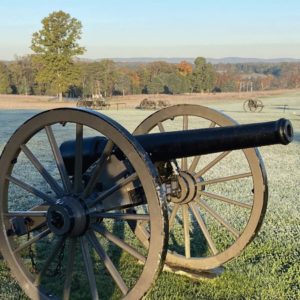 Fun Fact!: In 1906, a Union General gathering for the dedication of the monuments to soldiers from New York would say: “Old Mrs. Lucinda Dogan, who was in the house during the battles of both First and Second Bull Run, now eighty-nine years of age, white haired and wrinkled, was cheerful and communicative, her mental faculties apparently all unimpaired. Displaying a wonderful memory of incidents of those terrible times, this strong-faced, good-faced, lovely old lady chatted familiarly with [me]… Mrs. Dogan’s presence added greatly to the interest of the occasion.”

Steps from Mrs. Dogan’s house, the Groveton Confederate Cemetery, established in 1869, contains over 500 Confederate dead in graves identified by state. The identity of only a few is known.